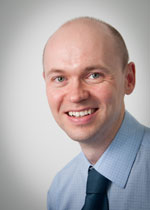 Jamie has been the owner and principal dentist at Bridge of Allan Dental Care since 2008. For the ten years prior to that he worked in a number of different areas of dentistry. He has worked in NHS and mixed dental practices in Dumfries and Edinburgh. He also spent two years doing further training in hospital dentistry. Firstly as a house officer in the restorative department of Aberdeen Royal Infirmary and then as a senior house officer in the department of Oral and Maxillofacial Surgery at Falkirk Royal Infirmary. He also spent an exciting few months as a flying dentist in the outback of South Australia.

Over the years Jamie has undergone considerable postgraduate training and has attended and continues to attend courses up and down the country and abroad. His main interest is restorative dentistry as he enjoys the challenge of improving the function and aesthetics of someone's smile.

Jamie is married and has two daughters. Out with work he enjoys reading and running 10Ks. 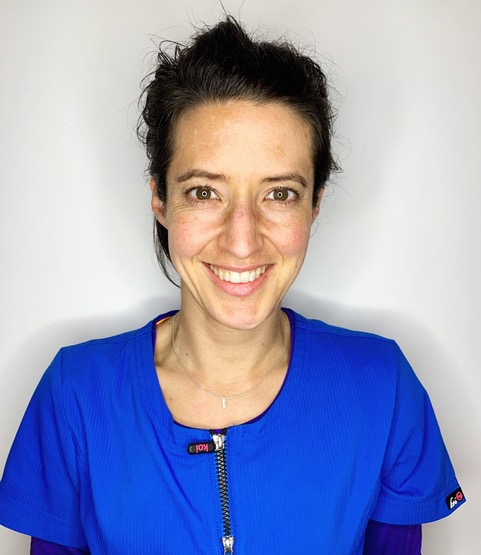 Morag studied Medicine at the University of Dundee and qualified as a medical doctor in 2008, before deciding to study dentistry, also at Dundee University, graduating in July 2013. Since graduating, Morag has worked in General Dental Practice in Blairgowrie and Tillicoultry - both mixed NHS and Private practices.

Morag has a broad range of interests in dentistry but her main interest is restorative dentistry. She really enjoys making people feel better about their smile and takes pride in providing excellent patient care. Morag has also trained in advanced facial aesthetics, including anti-wrinkle injections and fillers, and has been providing these treatments since since November 2016. She really enjoys improving people's self-esteem and confidence through the provision of these treatments also.

Morag is recently married and outside of work, she is a highly motivated athlete. She used to play football at international level, but then started to compete in athletics, also competing at international level. She continues to balance training with her work and still competes at a high level. 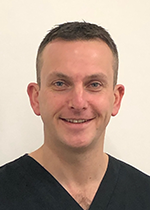 Stuart qualified in dentistry from Glasgow University in 1999 and passed his Membership to the Faculty of Dental Surgery of The Royal College of Surgeons of Edinburgh in 2001. He subsequently studied Medicine at the University of Dundee and qualified as a medical doctor in 2005. Following several years working in the varying disciplines of medicine and surgery throughout the West of Scotland he returned primarily to work within Dentistry.

He is fully registered with the General Dental Council and the General Medical Council and holds a licence to practice Medicine within the UK. He is an examiner for the MFDS examination at The Royal College of Physicians & Surgeons of Glasgow and was appointed as a Clinical Lecturer in Medicine in Relation to Dentistry by the University of Glasgow in August 2018.

He has undergone extensive postgraduate training in dental implantology since 2007 both nationally and internationally including at the world renowned Branemark Centre for osseointegration in Johannesburg, South Africa. 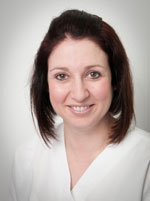 Jennifer graduated from Edinburgh Dental Institute in 2003. She enjoys her job and is well known for her gentle approach. Jennifer attends various courses throughout the year to keep her skills up to date, learn new techniques and keep abreast of new products on the market.

Jennifer is married and has a young daughter. She enjoys going to the gym and the cinema in her spare time. 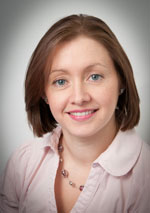 Tina joined the practice in 2008 after a 15 year career in Pharmacy. Tina is responsible for the HR and financial side of the practice.

She works part time, the rest of her time is spent looking after her two young daughters. When she does get a spare minute Tina loves walking and going swimming. 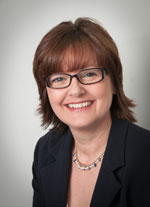 Julie joined the practice in 1999 as our practice manager. She is usually the first person to welcome you to the practice. It is Julie's job to organise the day and ensure the whole practice runs smoothly. Something she does with great skill.

Julie is married with two grown up daughters. She enjoys eating out and travelling. 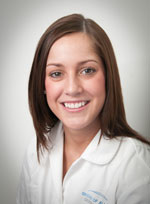 Amanda joined the practice in 2010 and has settled in very quickly. She has been a dental nurse for a number of years now having worked in Bannockburn and Stirling prior to joining us.

Amanda recently had a baby boy and when she does find some spare time she enjoys keeping fit. 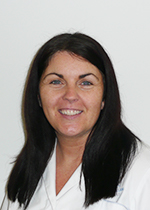 Lindsey has been a dental nurse for 18 years now and has worked in practices in Glasgow and Stirling in that time. She is a very friendly person and will quickly put you at ease.

Out with work Lindsey likes keeping fit and holidaying abroad. 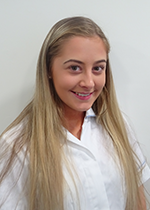 Amy is our new trainee dental nurse. She joined the team in June 2018.

Since joining the practice Amy has taken to dental nursing really well and enjoys the variety that each day brings.

In her spare time Amy enjoys holidays and being with friends. 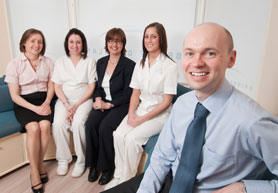